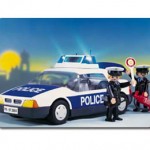 I was stopped by a marked police car on the M5-M6 slip road this morning.
I was quite aware that that I hadn’t done anything wrong or untoward so I wondered if it was because I had a faulty light or something.

There was no hard shoulder, due to roadworks, so I had no choice but to stop in a moving lane.
I remained in the car for safetys sake and an officer approached my passenger window.

He asked for a driving licence or ID, I had both and offered my driving licence which he took back to the police vehicle to check.
Imagine my surprise when he returned and claimed that the reason for the stop was due to having ‘Bullet Holes’ in the back of the car.

“You mean those stickers on my tailgate” I remarked, “the ones that belonged to my son, which were put on as a joke”

“Yes, You need to remove them because you will be stopped again with those on”

“OK, officer. I’m off the motorway shortly. I’ll remove them”

He thanked me and gave some advice on rejoining the traffic and I went on my way.
I have since removed the stickers, mainly because I want an easy life and don’t want the hassle.

It must have been a very quiet morning on the motorway.

For Reference, these are the kind of stickers that so easily fooled West Midlands Police.

They would probably have come off at the next wash anyway,they are not durable and they were only put on as a short term joke.
I try and fully support the Police, so lets just say I can see the funny side…

Good job I didn’t have one of these or they might have had the firearms squad in…. 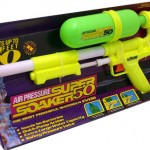